Okay, then you’re going to get naked and put on astronaut boots.

Maybe we should back up a bit.

Here’s a curious development called Cold & Thirsty, a brisk new juice bar where you might opt to stick yourself in a human-size freezer that hits minus 240 degrees, opening Saturday in Culver City. (See the slideshow.)

You already know how to use the front part of this clean, bright juice bar. Approach the Z-shaped bar, grab a yellow stool and get something cold-pressed with pearl powder or habanero in it, depending on your needs. Or maybe some almond milk that tastes like mint chocolate chip ice cream. Or maybe not.

It’s what’s in back that’s pretty… different. That’s where the tall metal cylinder known as the cryosauna stands. The one LeBron loves, the one that purportedly heals injuries and boosts energy and burns up to 800 calories. Different, right?

All you need to do is make an appointment. Then, get naked and put on funny astronaut boots, gloves and a robe. Enter said cryosauna. Ditch said robe. Then endure minus 240 degrees for two to three minutes. Or as long as you can stand it.

But we noticed you’re still hanging out.

So here we go…

Welcome to Dungeon East – LDE Studios, a very rentable, very private getaway for anyone pursuing whatever it is people pursue in places with “dungeon” in the name, now open in Downtown.

This is what it looks like, and here are some more words:

You never know when…
Lars von Trier might land in town looking to shoot something weird. And hey, now you know where the closest available spanking horse and St. Andrew’s Cross are.

You could throw a party here.
Your friend’s launching a photo app thing. You promised to make the festivities memorable. You rent this space and set up below the illuminated “Yes Mistress” sign. Someone might want to photograph that.

You could stay overnight, too.
Believe it or not, it’s also available as a hotel room with amenities like a fridge, a full shower and morning coffee. Plus both a queen bed and a standing cage for submissives.

Will your gifts to Hollywood never cease?

Rooftops. They’re legendary for improving things. Like eating. And drinking. And now… high above the Walk of Fame on top of an 89-year-old Hollywood theater… watching Top Gun while feeling actual wind in your hair. And Blade Runner. And The Goonies. While eating. And drinking. (Yes, there’s a full bar. And they’re still working on the food situation, but you can probably expect a good burger.)

First, grab provisions, and rest it all at the foot of your deck chair. Take a last look at the people lining up to meet Spider-Man below you. Congratulate yourself on the choices you’ve made in life and cinema.

Then you’ll want to slip on the wireless headphones.

Looks like the Dude has something important to say. 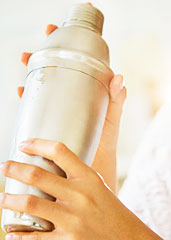 The way you press buttons.

And answer the door.

Line ’em up with Instapour, a new website where you’ll order a specific cocktail, then all of its ingredients show up at your door, launching Monday in LA.

People are heading over to your place for drinks in a bit. You want those drinks to be good. You’re not all that eager to squeeze 23 limes and you still haven’t figured out where to buy orgeat. That’s when you’ll pick up your phone or laptop and go here.

Order something like the Picasso Paloma from their three preliminary drinks (more will appear soon). Enter your credit card info. Then find something to do for the next hour or so.

By the time you finish doing that thing, someone will be dropping off a 375 mL bottle of tequila, a fresh blend of fruit and bitters, a jar of garnishes and a shaker. Enough stuff for six drinks (hey, it’s a start). You place ice and the liquids in the shaker and… you get it.

And if you enjoy what they’re doing, you can start a subscription of sorts. That way you’ll get different drinks matched to your tastes every week.

It’s like a CSA you can believe in.You take road trips.

You stay in places while on these road trips.

Now that we’ve established the facts…

Grab a map and prepare to fully digest this breakdown of the newest and nicest hotels around when you’re hitting the road this summer.

You may now proceed to the good part. 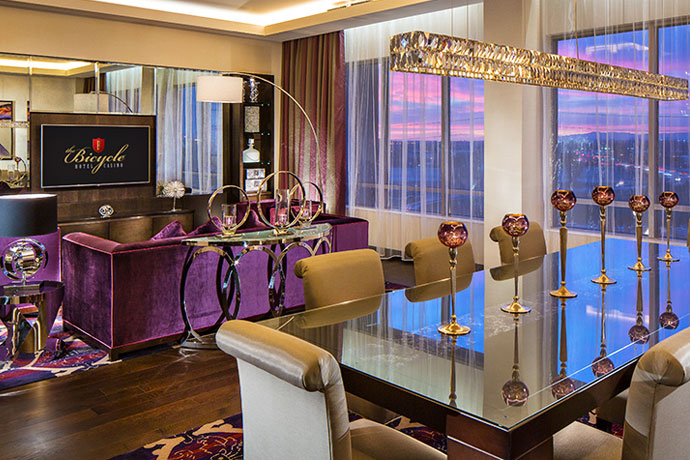 Like Vegas, Without the Vegas
You and your associates require a night away. Some Texas Hold’em and a juicy steak would be great, but no way you’re driving to Vegas. Bicycle Hotel & Casino it is. Start in the brewery, play a few hands, then bring the party back to your hot tub in the Presidential Suite. But don’t sleep. It’s almost champagne brunch time.
The Bicycle Hotel & Casino, 888 Bicycle Casino Dr, Bell Gardens, 562-806-4646 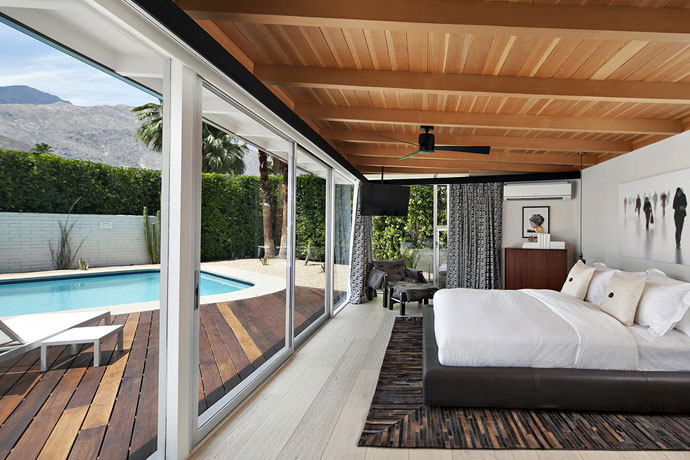 Doing the Desert Right
Palm Springs. You’re no stranger. But maybe you haven’t rented the former home of the Hollywood mogul behind Lassie and The Lone Ranger yet. Huh. Anyway, you will now at the private-bungalow-dotted resort L’Horizon.
L’Horizon Resort & Spa, 1050 E Palm Canyon Dr, Palm Springs, 760-323-1858 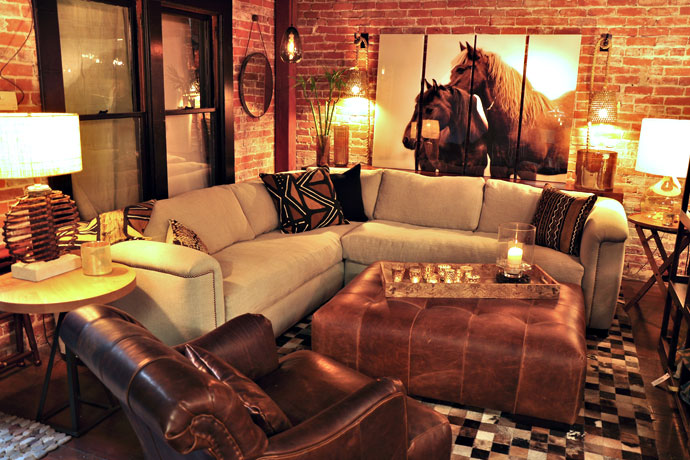 Taking It SLO on the Central Coast
A stylish suite in Downtown San Luis Obispo. Soon, you’ll have your choice of five above 28-year-old SLO Brew, which will be providing the room service. Go for the three-bedroom Voyager Suite with access to the rooftop deck. Patios and beer need each other.
Now booking for June 10 opening and beyond, SLO Brew Lofts, 738 Higuera St, San Luis Obispo, book here 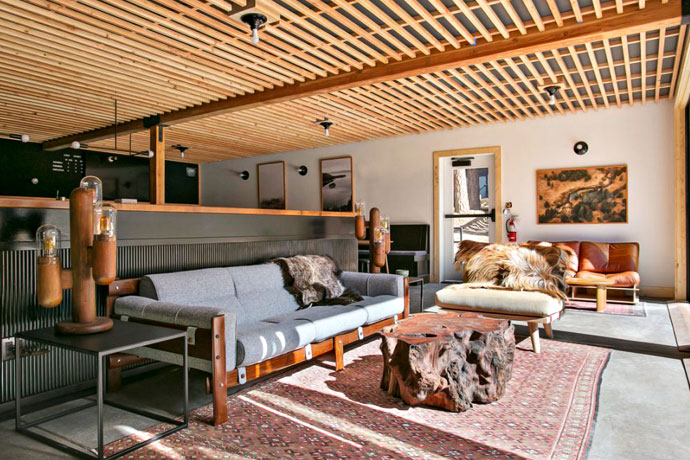 Northern Exposure
Tahoe is beautiful in the summer. And arguably even more beautiful when you take it in next to a communal fire pit or in a private, cheesy-but-who-cares heart-shaped jacuzzi at the Coachman Hotel, a 1960s motel recently reimagined as a mid-century lodge with a serious thing for wood.
Coachman Hotel, 4100 Pine Blvd, South Lake Tahoe, 530-545-6460 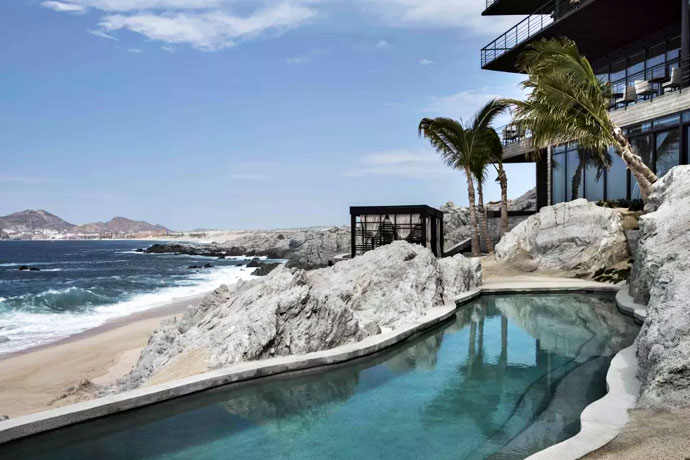 A Border Crossing of the Highest Order
Fueled by unholy levels of lobster and fish tacos, you’ve wound your way through Baja. Next objective: luxuriate at the Cape, Thompson Hotels’ Cabo property by the sea. Start by resting in this saltwater pool and staring at the ocean. Or resting in the ocean and staring at this pool. Whatever works.
The Cape, Carretera Transpeninsular Km 5, Misiones del Cabo, Cabo San Lucas, 877-793-8527Dad.

Maybe he taught you how to drive.

Or carve a turkey.

Or drink the better stuff in life.

Well, now comes the time when you finally get to put some Ferrari keys in the man’s hand and watch him blossom.

It’s only right to consider giving him something from the Los Angeles Father’s Day Gift Guide. It’ll help with that whole Ferrari thing. Or at least endow him with a cool new hobby like whole animal butchery or scrimshawing whatever one scrimshaws.

And definitely take all the credit.Words.

We frequently used them to tell you where to go and what to do in 2015.

And in the context of other words, most of them made perfectly good sense.

But what would happen if we took those wo… you know what, forget it. Here’s the Year in Short, wherein we pull a bunch of random quotes from stories past and display them below for your general amusement.

“To paraphrase Beaches. Or something.”

“… you may pass through Bill and Ted’s phone booth to get there.”

“Basically, they give good mid-century.”

“Mac and cheese is never untoward.”

“Assuming you’re here for the shop part, not an ad jingle, we’ll proceed.”

“… talking about caviar, crickets and chocolate primates showing up to add a little something to your drink.”

“How does your pet take photos and shoot videos? Fair question.”

Everyone’s talking about all the decadent things they’re not going to do for a few days before finally giving up and joining you for all the ridiculous and exorbitantly priced things you’re about to experience. That’s because you saw this list of 2016 anti-resolutions and they didn’t. Silly them. 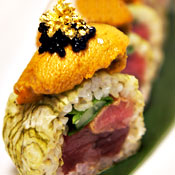 Basically, this is just like any other $75 sushi roll that was filled with king crab, toro and langoustine before being topped with uni, gold flakes and caviar. Seen one, seen them all. 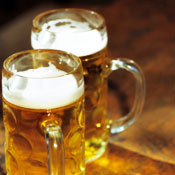 Remember that time you bought a round of 10 66-ounce German beers at BierBeisl Imbiss for all your friends? Probably not, because it hasn’t happened yet. Or maybe it has and you still can’t remember. Either way makes a lot of sense. 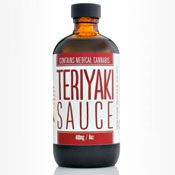 We’re not saying you need someone to deliver weed-infused teriyaki sauce and kush-laced gummies to your door at the drop of a hat. We’re just saying it’s an option. Next… 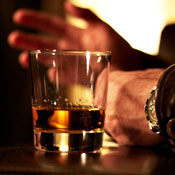 RESOLUTION: FOCUS ON OTHERS

Nothing says you can’t drink whiskey with a massage. Except, you know, accepted medical wisdom. Anyway, ignore all that and opt into the Ritz-Carlton’s Whiskey Double Shot instead. It starts with a whiskey scrub, goes into a massage and ends with a whiskey cocktail. Twist ending. 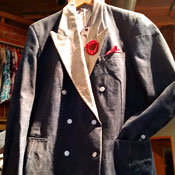 More specifically, Bing Crosby’s denim tuxedo. It’s a real American beauty. One of only 200 all-jean tuxedo jackets crafted from vintage Levi’s for Bing himself back in the day. You basically have to start a band now.

Usually, you stay somewhere and visit some nice vineyards.

Now, you’ll stay at the nice vineyard and head straight for the pool.

Clear your leisure schedule for Allegretto Vineyard Resort, a charming, not-so-little place to stay and stay and keep staying during your next road trip to wine country. It’s now open in Paso Robles, and you can see it here in slideshow-vision.

You and a date will bail out of the city in search of 20 Central Coast acres riddled with vineyards and olive trees surrounding a decidedly Tuscan-looking palace. It’ll be this palace. Then, you’ll take a step further by…

Procuring your suite.
The regular rooms have 14-foot ceilings and pillow-top beds. The suites have their own garden-side patios. Then, there are the extended-stay villas. You will like those.

Eating in.
There are wineries to visit and wines to taste. But there’s also a candlelit Northern Italian restaurant called Cello that’s full of those. And yes, the duck-hash-and-quail-egg-on-a-heated-patio potential is high.

Spending the day in a cabana.
Beside a heated pool at the foot of a hillside vineyard. Not far from there: the spa with four-handed massages and bottles of wine for couples treatments.

So it’s not like you won’t get wine.Remember when people complained about Soho House’s missing pool?

Well, the body of water at the new one should satisfy them.

Because it’s Little Beach House Malibu, a teak-clad, surf-cottage-y version of the private club that’s now open along PCH and looks like this.

As for the other differences…

Even “Every House” members must apply.
Yes, separate fees and an application are involved at this one. Malibu bona fides are a big asset. Their locals-only stance resembles Anthony Kiedis’s in Point Break.

Staying dry works, too.
You’ll find a handful of prime tables on the patio, plus more private tables along the railing. Both greatly improve rosé and Moscow Mules.

It’s a club, sure. But you can isolate yourself with dinner mates.
Just secure the restaurant’s private dining room with the 10-person table.

Hear that, The Edge?
Search
We found Reset