A Much-Needed Dance Grail in Chelsea 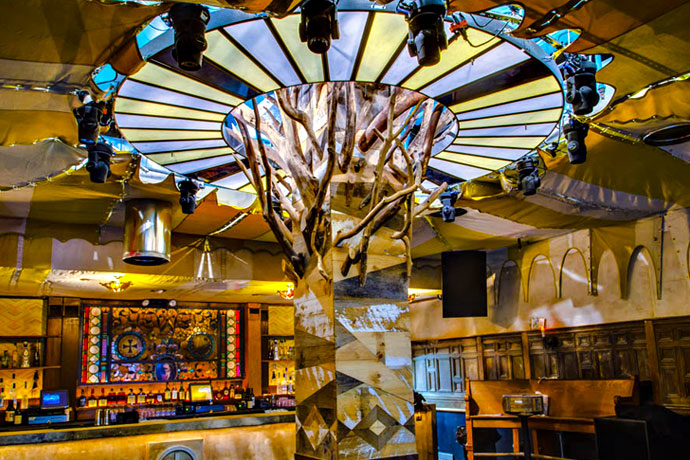 When it comes to solid dance music nowadays, you’re pretty much obliged to cross a bridge and enter a borderline-sketchy warehouse.

And you’ve done it, because that’s what you had to do.

But now we’ve got a massive, electronic-loving spot in the middle of Chelsea with some decent nightlife names attached to it.

So now you’ll only have to do that first thing most of the time.

Your talking points are as follows…

The Provocateur guys, but it’s not at all like Provocateur. So, anyone with a ticket and desire to sway around to some electronic music in a Chelsea dance club is probably getting in. For better or worse—we’re thinking it’ll be for the better, pending who the DJs draw in.

The bar’s fully stocked, but it’s not a cocktail kind of place. Expect to stick to the classics. (The vodka-soda, straight-whiskey type of classics.)

Not upscale per se, but… not a warehouse. It feels like a tamer version of Limelight, with stained glass, detailed woodwork and a church vibe.

A Hospitable Den of Japanese Whiskey and Boutique Cigars

You have a lot to be thankful for this
6 Views

Cast of Characters: YOU, generally