Checking the Hype at The San Remo 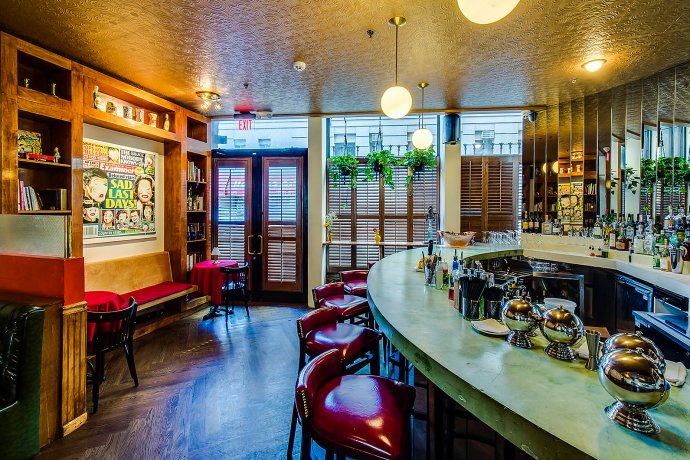 14 Photos The San Remo
As we were hanging on the packed rooftop of Public this week, all we were hearing was buzz about the San Remo. Maybe that’s because our ears are naturally peeled for that sort of thing. Maybe that’s literally the only thing anyone was talking about, all night.

Point is: The San Remo, should you not yet know, is a new cafe in the front/bar in the back sort of space, now open right off the Soho triangle home to Cafe Select and La Esquina. We swung by yesterday to check it out, and here’s what we found.

The Hype: You’ll use it for everything.
The Reality: For sure. Come in the daytime and post up at one of the wooden tables in the cafe up front with a coffee and your laptop (Should you find space. There’s not much space.) At night, pass through those heavy swinging doors and claim some of that long green banquette for dinner and drinks.

The Hype: The model-heavy Soho contingent is strong.
The Reality: True.

The Hype: The food is good. Like, really damn good.
The Reality: Well, the menu is pretty limited (couple starters, a few salads and three mains) but what they’ve got is tasty as hell. It leans towards Italian, and it’s all pretty light: watermelon salad, mushroom bolognese, crispy skin salmon, other things that won’t be a terrible idea should you be heading beachside the next day.

The Hype: Brooklyn Cocktail #2 is like a next-level Manhattan.
The Reality: Turns out Rittenhouse rye, maraschino, chamomile grappa and chai-infused vermouth are a glorious combination. The Employees Only and Macao Trading Co. vet behind the cocktails does not dissapoint.

The Hype: You’ve got to check out the art.
The Reality: Yeah, there’s some pretty cool stuff going on. To the right, a huge old Renassance painting’s negative was screenprinted on an enormous canvas. It’s outlined in neon. To the left, there’ll be rotating pieces lining the walls every month.

Now for some photos, and we’ll send you on your way…