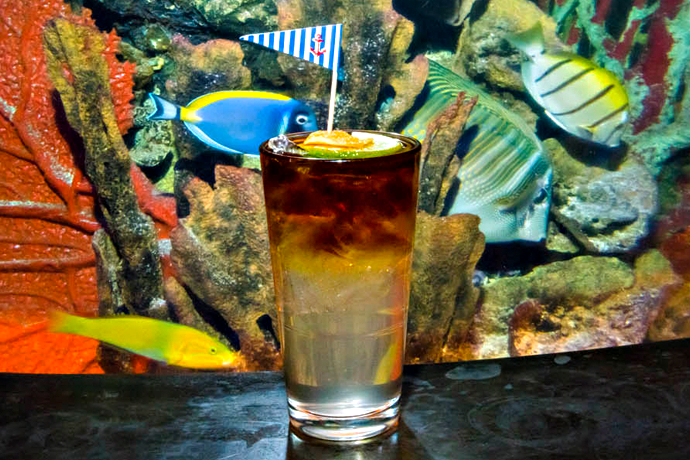 15 Photos Fishbowl
Hey, we have a new education secretary.

One who has an irrational fear of grizzly attacks and whose favorite word is “um.”

But you know what, on Friday, we’re also going to have Fishbowl, the seamless combination of arcade and cocktail lounge, opening at the Dream Midtown.

This is from the people behind Tao and Vandal and many other places you have hazy memories of spending evenings. This outing, they’re going for a ’70s rec room vibe, complete with plaid seating, pinball decor, tabletop video games, skee-ball, and the oh-so-necessary aquarium.

But you’ll not be eating the sea life living in here. You’ll be eating nachos and such, which will serve as a nice base for cocktails like dark n’ stormies and the Thai tea-vodka, actual Thai tea, lime, orange bitters and ginger syrup.

The crashing sound you might occasionally hear is the sound of people rolling strikes at one of the two bowling lanes. So make sure that if you’re bringing friends or a date they’re not the clumsy type, lest you be on the hook for the destruction of a costly aquarium.

As befits a place with all these things, it’s open to you just Fridays and Saturdays, unless you’re in the market for a private party venue. They’ll make it available for you whenever, in that case.

The final nail in the coffin of Charles E. Cheese.